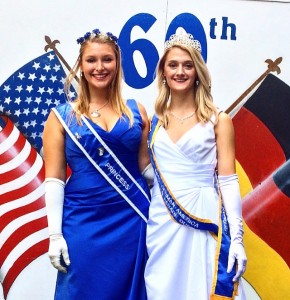 My experience as Miss German-America has been nothing short of incredible. Before and even during the crowning, I had no idea what I should anticipate and how my year would unfold. I am happy to report that the experience surpassed all of my expectations, simply because it has been magical.

My favorite part of my role as Miss German-America is all of the people I have met from various places throughout the year. I have traveled to different towns, states, and even to Köln, Germany. Places I never would have experienced if it were not for my participation with the Steuben Parade. At these destinations, I got to meet with and even befriend people who share an appreciation for the German culture. 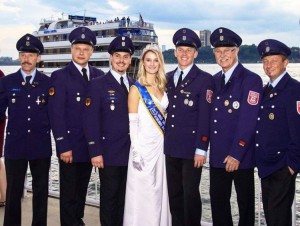 An appreciation for the German culture brought people together from distant locations in Germany and the United States for the annual Steuben Parade and Oktoberfest. It was during this time that I got a chance to talk to people from Germany and ultimately make acquaintances with them that I am certain will last. The Steuben Parade was the most fun and exciting festival I had ever gone to. It overwhelmed my senses and excited me to see so many people coming together to celebrate German-American friendship and unity. 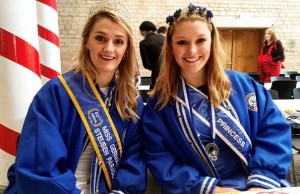 The Steuben Parade Committee has also helped to open doors to many incredible experiences. In February I participated in the Quadrille Ball as a dancer. The Ball is put on by the Germanistic Society of America every year. During the Ball, I was able to wear my sash to represent the Steuben Parade Committee and all that the organization has done for me. The night at the ball was magical! I was surrounded by beautiful gowns, in the presence of my friends, and our honored guest German Consul General Gill. 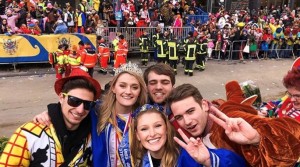 Shortly after the Ball, I got on a flight to Köln, Germany to act as a Good Will Ambassador for the Steuben Parade Committee and participate in Karneval. This was my first time on an international flight! I could not contain my excitement to finally be in Germany, a place I hold close to my heart. While in Germany, I participated in Karneval celebrations in Hürth. It was a lot of fun to be among the citizens and to hand out candy and flowers to them. Later on, we went to Köln to watch the biggest Karneval celebration in the area. There was music, dancing, candy, floats, costumes, and new memories to be made. The people of Köln were incredibly friendly and inclusive. I often think about my time there and am eager to return! 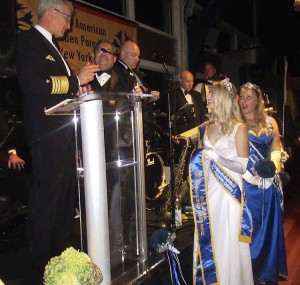 This summer I will be heading to NATO Headquarters to work as a legal advisor. This opportunity was provided to me by our Grand Marshal of the Parade, Admiral Nielson, during the Steuben Parade Gala. After his speech, he made an announcement that he would like to provide me with an opportunity that will encourage my professional and personal development amongst other Germans. He stated it will be an experience of a lifetime. And I am certain it will be.

Although my time as Queen is coming to a close, I look forward to continuing my w   ork with the Steuben Parade and the German-American community for many years to come. I am blessed to have had the opportunity to meet so many people and to have the Steuben Parade Committee become a second family to me.