The Steuben Parade Committee is honored to have German Consul General David Gill, as Grand Marshal of our Parade.  CG Gill was assigned to the position, located in New York City, in August of 2017. Born in 1966, Gill grew up in a protestant minister’s family in Herrnhut, Saxony, in former East Germany. He was […] 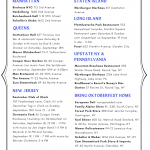 The 64th Annual Steuben Parade is on Saturday, September 18, 2021 at noon! We will start the day with the mass at St. Patrick’s Cathedral at 9am. All are welcome to join! This year we are honored to have German Consul General David Gill, as Grand Marshal of our Parade.  CG Gill was assigned to […] 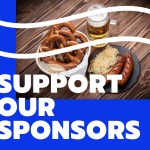 The German-American Oktoberfest NYC in Central Park will not take place this year, instead we ask that you please support local events at restaurants and clubs! 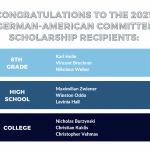 On Wednesday, August 18th, 2021, the German-American Committee of Greater New York proudly awarded 9 educational scholarships during German-Night at Eisenhower Park in Westbury, New York hosted by the German-American Cultural Council, President Michael Rabus. The 2021 Award Recipients are: This is the fifth year in a row that the GACGNY has selected students with […] 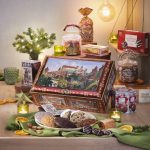 Written by Nicole Miskiewicz Christmas time is upon us and though this year it may seem different with less or no Weihnachtsmärkte (Christmas Markets), the smell of lebkuchen, a honey-sweetened German cake similar to gingerbread, still brings memories and emotions rushing back to us. For more than 85 years, the famous Lebkuchen-Schmidt has been internationally recognized […]

Thank you to all our sponsors who supported the Virtual 63rd Steuben Parade during these trying and difficult times. We appreciate the support and commitment you have to our German-American heritage and friendship. 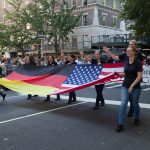 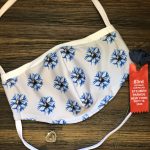 March 2021 Update: All masks are sold. Thank you for your generous support! As we begin the steps of recovery, face coverings are still recommended to prevent the spread of COVID-19.  The German-American Steuben Parade is offering a 2020 Cornflower, brand new limited edition Lebkuchen heart pin, hand sanitizer, and a face mask (unisex, one size) […]