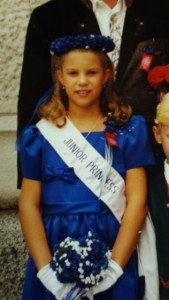 Kristina Kren always knew she wanted to be crowned Miss German-America ever since she was ten years old and a Junior Princess in the Steuben Parade. In fact, she’s been a member of the German-American community since birth; her grandparents immigrated from Germany and immediately became involved. She grew up as a member of the Schuhplattler groups SVV Original Enzian and Bavarian Club Edelweiss and attended German School in both Ridgewood, Queens and Connecticut.

In 2013, Kristina was crowned Miss German-America with the Grand Marshals of that year being Werner Roth, Harald Leibrecht, and Christian Dinkelacker. While the favorite part of her reign was being able to attend Karneval in Köln, she took away essential skills to help her excel in her career as a Senior Negotiator in media buying and local investment. “I truly believe that being a court member helped me with public speaking. My career is all about 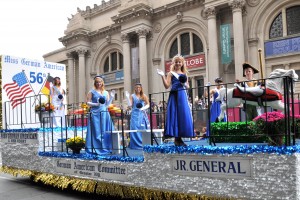 relationships, so I always had to be personable and outgoing, but I rarely had to give presentations, so I never really had much experience talking in front of big groups of people. Saying a little something at every weekend’s events plus the Gala speech really helped me become more comfortable with speaking in front of large crowds”, says Kristina.

Five years after her crowning, Kristina still participates in the Steuben Parade every year, typically marching with her Schuhplattler group, SVV Original Enzian. And if she had the chance to design a float, hers would be colorful and lively, as those are the most exciting to watch.

When asked what has changed since she was a Court Member, Kristina says she sees a positive change since she was a Junior Princess twenty years ago, “At that time we didn’t have a Junior General, so it’s nice to see that there is an opportunity for the boys!” 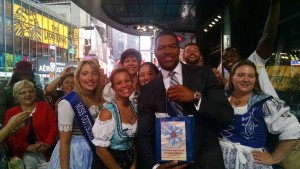 Kristina aims to remain involved in the Parade – she is a member of the PR Committee representing the Parade during TV appearances and other events such as a guest bartending during our Friendship Month fundraiser. She has also volunteered as a Parade Announcer on 86th Street and Fifth Avenue introducing marching groups as they complete the Parade route.