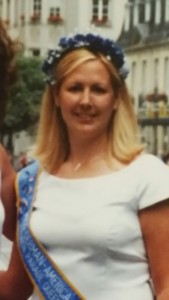 Nancy Schatz from Queens was Miss German-America is 2001. At the time, as well as today, Nancy is an active member of the NYPD’s Steuben Association- a fraternal group for officers with German heritage. Nancy is a NYC Police Officer currently assigned as an instructor at the Police Academy. After a summer filled with attending many German-American events and preparing for the Parade, the celebration was sadly cut short due to the events of 9/11 just days before the Parade was scheduled to take place. With the city and country in mourning, shock and high alert, the Parade did not take place. The church service took place as planned at St. Patrick’s Cathedral. From there everyone proceeded to the Police and Fire station laying flowers dow 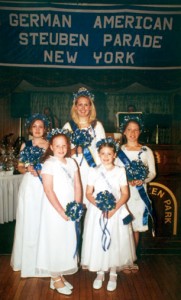 n for the fallen Police officers and Firefighters.

Nancy feels her experience as Queen provided her with insight into her heritage and made her appreciate where her family originates from. Her grandfather always wanted her mother and her sister to participate in the Parade Court so when they saw the advertisement for the Parade court in 2001 Nancy decided to apply. The highlight of her reign was visiting Koln and Frankfurt. Nancy still attends the Parade every year as a spectator and tries to find and congratulate that year’s Queen. 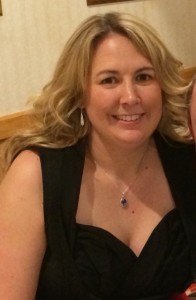 Nancy’s advice to future courts is “Never be afraid to talk to people, I met some of the most wonderful people as Queen.”

Nancy is engaged and due to be married this October. The Parade Committee wishes her lots of luck and happiness!

We hope everyone has enjoyed out blog series that took place for the past two weeks bringing you updates on several ladies who are celebrating milestone anniversaries of their reign as Miss German-America or Princess. If you are a former court member, or are in touch with any, please have them contact us by e-mailing Chairman@GermanParadeNYC.org. We would like to update our records as well as include these ladies in our events and Parade.