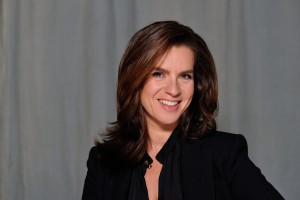 Katarina Witt, the tremendously popular two-time Olympic Gold Medalist from Germany, will lead the way on Fifth Avenue!  She joins German Ambassador to the US, Peter Wittig, as Grand Marshal of the 59th annual German-American Steuben Parade!

Katarina Witt was born in East Germany and resides in Berlin, Germany.   In addition to ice skating fame, she is a sports entertainment producer, TV host, actress, author, motivational speaker and humanitarian.  Witt is a two-time Olympic Ladies Figure Skating gold medalist.  She won her first gold medal during the 1984 Olympic games of Sarajevo, Yugoslavia, and her second gold in 1988 in Calgary, Alberta, Canada.   During her competitive amateur career representing Germany, she amassed a total of four World Championships, six European Championships, and eight National Championships before retiring from amateur status following the 1988 World Championship!

an enterprise that has set new standards in the market of figure skating productions.  “WITH WITT” produces and co-produces ice shows such as “Divas on Ice”, “Enjoy the Stars” and “Winter Magic” as live events for German and American TV.   She has worked as a figure skating expert during world championships and Olympic Games for American and German TV channels, such as NBC, CBS, ABC, ZDF and ARD.  She also has hosted various programs on RTL, Pro7 and ARD on German television.

In 1999, Witt was admitted into the “US International Women’s Sports Foundation Hall of Fame”.  In 2005, she established the Katarina Witt Foundation, to help children and adolescents with special needs regain mobility and a positive attitude toward life.  Witt made her acting debut on stage in 2009 with her role as Amour in the play “Everyman” in the Berlin Cathedral.  She has since written her biography, given tips and motivation for a healthy lifestyle in a fitness book, and packed her years of experience as a young athlete into a book combining fiction and reality based on her life’s story. 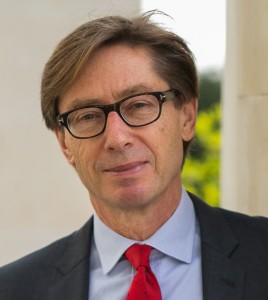 Wittig joined the German Foreign Service in 1982.  He has served at the Embassy in Madrid as private  secretary  to  the  Foreign  Minister  at  the  headquarters then located  in  Bonn, and  as Ambassador in  Lebanon  and  in  Cyprus.  He was  the German  Government  Special  Envoy  on  the  “Cyprus  Question”  (the  division  of Cyprus).   He has acquired extensive knowledge of the Middle East.

Before  starting  his  career  in  the  German  Foreign  Service,  Wittig  studied  history, political science,  and law at Bonn,  Freiburg, Canterbury, and  Oxford Universities.