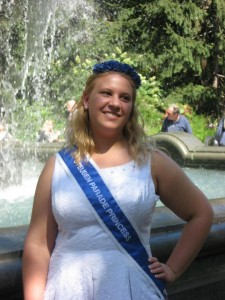 Christina Kraker was a Steuben Parade Princess in 2011. She is from Westchester and works for Sidney Frank Importing Co, Inc. as a Sales Analyst. Culture has alwa  ys been important to Christina and her family. She grew up very active in the German-American Community marching in the parade and admiring Miss German-America and her court. She knew she always wanted to be a court member. That drive and passion followed her through adulthood. 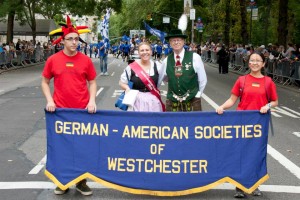 Christina is currently the Cornflower Chairperson for the German-American Steuben Parade. She has also been the Division Marshal for the New York State/Westchester Societies Marching Division for about 8 years. 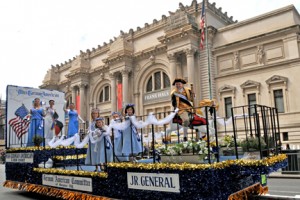 he highlight of her reign was talking to others at the events and learning their stories. The cornflowers were a great way for Christina to get out into the crowd and learn about others in our community. Outside of the events leading directly up to the parade, her favorite events were: SVV Original Enzian’s Bavarian Heritage Festival, the Gottscheer Volksfest and German Night at Eisenhower Park. Riding the float down the parade route was also a very special moment for her, “it give me a different perspective of the parade”. 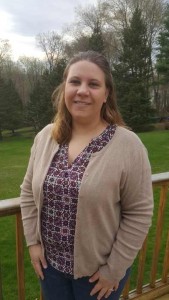 Christina feels that over the years the parade has become more inclusive. For example, since her year as Princess, there are a few different canine groups that now march. The largest and most enthusiastic (in her opinion) is the Doberman Gang NYC Group. The dogs even get glammed up to march wearing their black, red and gold bandanas.

The piece of advice she would pass along to future courts is: ‘Enjoy the events. Being Miss German-America and or a Princess is a great and fun experience.”

Over the next two weeks we will bring you updates on several ladies who are celebrating milestone anniversaries of their reign as Miss German-America or Princess. If you are a former court member, or are in touch with any, please have them contact us by e-mailing Chairman@GermanParadeNYC.org. We would like to update our records as well as include these ladies in our events and Parade.