MY TIME IN GERMANY FOR KARNEVAL!

MY TIME IN GERMANY FOR KARNEVAL!

Let me just start by saying how incredibly blessed I am to have had the opportunity to attend Karneval in Germany! This was the first time anyone in my family has been back to Germany since my great grandparents left Nuremberg. Needless to say, 95% of the time I was in complete awe of my surroundings. The Cathedral in Cologne takes your breathe away!

I had the honor of meeting the Bürgermeister (Mayor) Dirk Breuer of Hürth and his beautiful little daughter as we were throwing candy off the float during the parade in Efferen. The amount of people that had lined the streets in their many costumes and smiles was simply amazing.

For the Rosenmontag Parade I was given the opportunity to tour the floats before the parade, it is amazing the German skill in these true pieces of artwork.  I was amazed at the participation of all ages involved.  I would like to thank the Nuechter Family and Buergergarde “Blau-Gold” for sponsoring me the day of the Rosenmontag Parade and for being a part of the many memories I have made, I will cherish them for a life time.

It’s true what they say, German beer is the best. But their desserts are even better. Experiencing the German culture up close is an experience I highly recommend to anyone — don’t wait, just go!

I would like to thank Frau Hinz for hosting me in her home, Bob and Anita Radske for everything you’ve done for me, and the Parade Committee for this opportunity.

I will definitely be making my way back to Germany in the future! 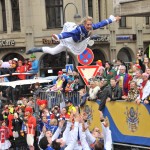 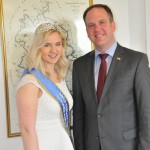 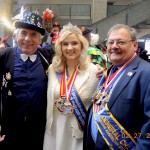 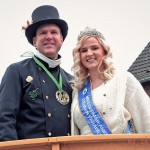 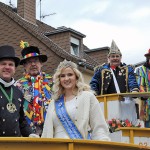 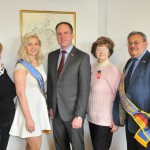 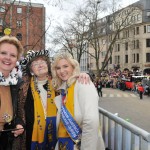 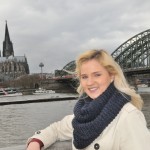