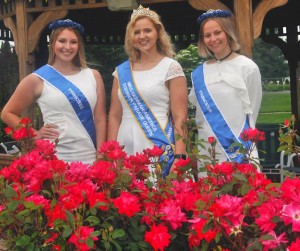 Michaela Stuart has been named one of the two Princesses for the 2016 Miss German-America court. It is her strong familial ties to Germany and her tremendous amount of volunteer work that impressed the judges during the interview process.
Michaela, a native of Pennsylvania, spent her youth surrounded by German culture. She attended several years of German school so she could speak to her maternal relatives in their native tongue.  She also proudly states she was brought up in the traditional German food culture- “everything from traditional sauerbraten, to marzipan and beef tongue.” 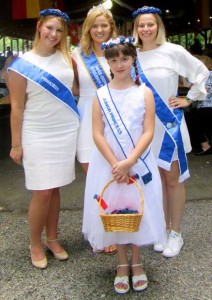 One of Michaela’s interests is in volunteer work for Diabetes. After being diagnosed in 2009 with Diabetes I, she refused to see herself as a victim and rather became an advocate. She has since established a diabetes support group, and has volunteered for many different causes (including at an assisted living facility and the local Lions Club).
She has just recently graduated from high school and will attend university in September to study business. She has won many scholastic awards and currently works at the Woodloch Pines Resort.
chairman2016-08-05T19:57:53-04:00August 5, 2016|news|