Get to Know Niche Import Co.

Get to Know Niche Import Co.

Many components come together to make every parade season special and new while honoring traditions. Fostering community is the most important (and in my opinion, the best) part of the Steuben Parade. In preparation for the 2018 parade season I have been chatting with our sponsors for some participant insights. One thing has become abundantly clear through these interviews: our sponsors are as much a part of the parade community as our visitors from Europe, those with Germanic heritage in the US, all the way to our canine participants! Sponsors feel connected either through their specific products or their own Germanic heritage.  Keep coming back to read more on our “Sponsor Series”. 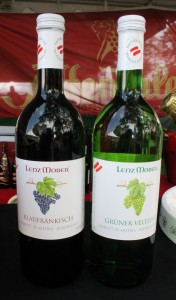 Niche Import Company has been in the United States since 1992 and is a sponsor of the Steuben Parade. I interviewed Jenny; Niche’s Marketing Extraordinaire for her unique perspective and involvement with the parade.  Niche Import Co. which is headquartered in Ceder Knolls, NJ started as a family-owned business in 1992, owned by Peter & Terri Nelson.  It continues to honor their legacy by staying true to their German roots and our beloved German Brands. 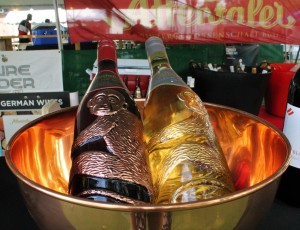 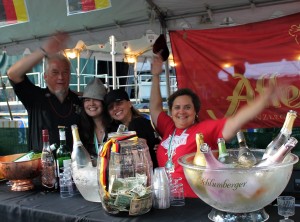 Jenny first attended in 2014 with her now-fiancé and it had nothing to do with Niche.  This is where she met Terri Nelson, the President at the time and ended up interviewing for Niche later that year! She described her first parade as “the best time – such great spirit by everyone who is involved. It is now a mandatory event every year on my calendar”.  I especially liked her mention of spirit.  The community comes together as natives, non-natives, full or halfGermans/Austrians/Swiss, teachers, parents, school kids, bicyclers, beer drinkers, pretzel lovers, bakers, German Shepard and Dachshund enthusiasts etc. The different 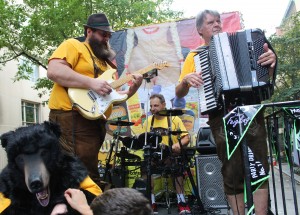 factions are endless and you are bound to find a group that shares your interests or background.  Fun fact: the parade in the 1986 movie “Ferris Bueller’s Day Off” was the Von Steuben Parade in Chicago. General Von Steuben is honored throughout the United States with this parade, not just NYC. Jenny loves all the different floats and traditional dress (Tracht) worn by different groups. Creativity and tradition come together in beautiful ways in September! 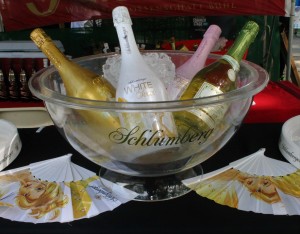 See Niche on Parade Day by float or at the 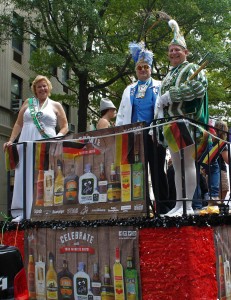 Central Park Oktoberfest! Barenjager Bear and the Austrian Boy Band will be on their float. Schlumberger Sekt, Affentaler Wines & Lenz Moser Wines will be sold at Oktoberfest. Their wines are also served at many of the Parade events through out the year including our Crowning of Miss German-America coming up on May 20th. If for some reason you miss them, most of their products are available at Total Wine & More. Please see their website and follow them for more information www.ourniche.com