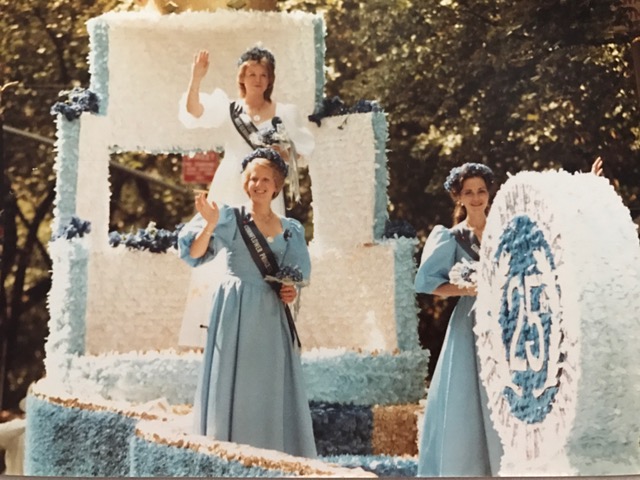 Dagmar C. Hiller-Laramie was a part of the Steuben Parade since she was a young child.  Her parents were involved in the Cannstatter Volksfest Verein and shared their German heritage with Dagmar and her sister.  The family rode with the club on the Schwaebische Eisenbahn float and marched in many Steuben Parades.  There, she saw the Queen and her court and decided she wanted to honor her German heritage and applied to become Miss German-America.  She became a Princess in 1981 and was Queen the next year, in 1982, during the 25th Annual Steuben Parade.

During her 1982 reign, when Minister of the State of Bavaria Peter M. Schmidhuber was the Grand Marshall, Dagmar enjoyed meeting all the dignitaries from the USA and Germany.  However, the trip she took to Germany was the highlight of her time in the court.  She says that the people she met and the places she visited in her official capacity as Queen left an imprint on her life.  She finds her visit to Berlin particularly significant.  In 1982, the Berlin wall was still up and Dagmar was able to visit Checkpoint Charlie and tour what is now former East Germany.  There, Dagmar observed the grave difference in the communist regime and lifestyle.  She feels blessed and grateful that she was able to share this trip and all the memories with her mom and sister.

After her reign, Dagmar remained involved and marched in the Parade as a member of the Cannstatter Damen Verein until her family moved away in 2000. She continues to celebrate German traditions by blending them with American ones.  Because of this, it is unsurprising that if she could design a float for the Parade, its theme would be German influence on American culture.  On special occasions Dagmar’s family will cook German meals, especially Maultaschen and Spaetzle.  They also practice many German traditions during the Christmas season.  Although her sons are older now, they still get Adventskalendars to count down the days to Christmas and St. Nikolaus still brings them a treat on December 6th.  On Christmas Eve, they are allowed to open one gift from Dagmar’s parents, their Oma and Opa.

After graduating college, Dagmar lived in Germany for a year and worked at Goedecke, a German subsidiary of Warner-Lambert, in Freiburg.  After she returned to New Jersey, she was a marketing manager for a division of ConAgra for many years before moving out of state.  Since then, Dagmar has done a little consulting at home while she raised her two sons and she currently works as a legal secretary. 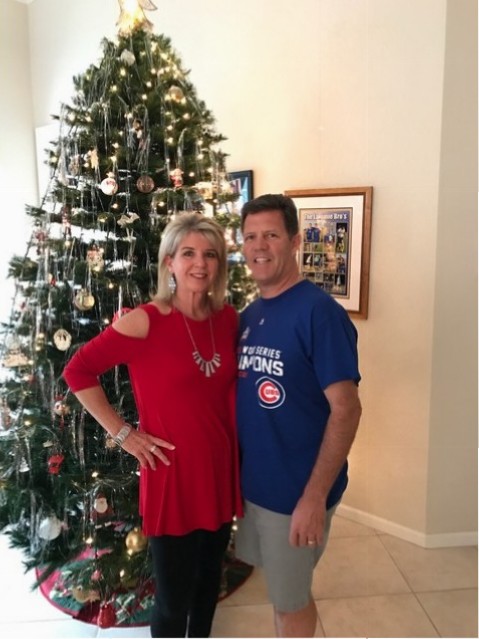 by her experience as a court member.  She had the responsibility of speaking at many functions and, although she still does not like public speaking, she feels that her experience helped to get her out of her comfort zone and gave her confidence in other areas of her life, particularly in her career.  Her advice to future court members is “to enjoy each and every event you are invited to because the year will fly by”.  She also suggests keeping a journal of “all your experiences and people you meet so that you can look back on the wonderful memories”.