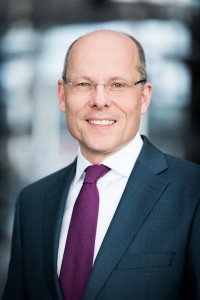 After finishing his higher education entrance qualification in 1991, he completed his military service in Wuppertal. Beyer then studied law at the universities of Dusseldorf and Bonn. In 1999, he graduated from university and was admitted to the bar.

In 2000, he enrolled in a postgraduate legal studies program at the University of Virginia School of Law and received a Master of Laws degree. Returning to Germany, Beyer practiced law at the BEYER Intellectual Property firm in Ratingen, where he became one of the country’s first officially certified intellectual property specialists.

Beyer was elected in the general elections in 2009, 2013 and 2017 to represent the citizens of Heilingenhaus, Ratingen, Velbert and Wulfrath.

A committed Atlanticist for many years, Beyer stands out among Members of the German Bundestag and his party as one of the most committed advocates of a strong transatlantic relationship with the US and Canada. He serves as parliamentary Special Rapporteur on Transatlantic Relations in the Committee on Foreign Affairs. He is an active member of Atlantic-Brucke, the Aspen Institute and United Europe. Beyer is also Executive Vice-President of the Southeast Europe Association.

In April 2018, Beyer was appointed Coordinator of Transatlantic Cooperation. 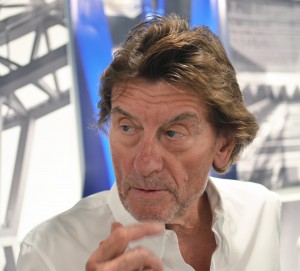 Mr. Helmut Jahn was born in Nuremberg, Bavaria, Germany in 1940.

Helmut Jahn has earned a reputation on the cutting edge of progressive architecture. His buildings have had a “staggering” influence on architecture according to John Zukowsky, Curator of Architecture at the Art Institute of Chicago. JAHN’s buildings have received numerous design awards and have been represented in architectural exhibitions around the world.

Jahn graduated from the Technische Hochschule in Munich. He came to the United States for graduate studies in architecture at the Illinois Institute of Technology. After attending IIT, he worked at C. F. Murphy Associates as a Project Architect under Gene Summers, designing the new McCormick Place. In 1976, his first major high-rise building in Chicago, Xerox Centre, received great critical acclaim.

Today, as Chief Executive Officer of JAHN, he has been called Chicago’s premiere architect who has dramatically changed the face of Chicago. His national and international reputation has led to commissions across the United States, Europe, Africa and Asia. He is committed to design excellence and the improvement of the urban environment. His projects have been recognized globally for design innovation, vitality and integrity. With numerous publications on his work, the excitement his work has generated in the public eye as well as professional journals and press is clear.

The American Institute of Architects has declared, “Helmut Jahn is one of the ten most influential living American architects. Additionally, the United Airlines Terminal One Complex at O’Hare International Airport and the State of Illinois Center have been ranked as two of the best ten works of American architecture completed since 1980” and awarded him a Lifetime Achievement Award in 2012.

Jahn’s work has been included in exhibits worldwide since 1980, including the Venice Biennale, Italy, Verona, Italy, Tokyo, Paris, Argentina and the Deutsches Architekturmuseum in Frankfurt, Germany. He has taught at the University of Illinois Chicago Campus, was the Elliot Noyes Professor of Architectural Design at Harvard University and the Davenport Visiting Professor of Architectural Design at Yale University, and Thesis Professor at Illinois Institute of Technology.

The German-American Steuben Parade is held every year on the third Saturday of September.  This year, the Parade will be held on Saturday, September 15th, 2018 on Manhattan’s Fifth Avenue, from 68th to 86th Streets.  The Parade honors the many contributions of America’s largest ethnic group: German-Americans.