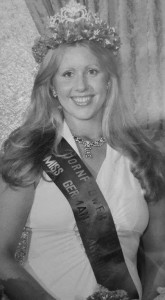 Jane Manne Cordero was Miss German-America in 1976. Jane is a Federal Officer of U.S. Customs and Border Protection Homeland Security from the Bronx. Over the years, Jane has been very involved in various German-American organizations. Over a decade ago, she organized The Steuben Association of U.S. Customs and has been the President of the organization. She is also the Sergeant –at- Arms of the Grand Council of Steuben Associations/Member of the Executive Board. She marches every year in the Parade with the Grand Council.

In 1976 there were three Grand Marshals: Susan Ford, daughter of President G. Ford who was President at the time, Hugh Carey, Governor of New York and Albert Oswald, Minister President of Hesse, Germany. The highlight of Jane’s reign was seeing the happy look on her parent’s face when she was crowned. Jane participated in all the celebrations of America’s Bicentennial as Queen, such as Operation Sail. Susan Ford introduced Jane to her father, President Ford, during Operation Sail! 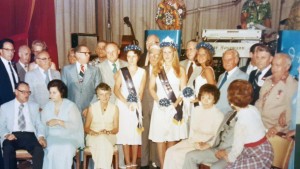 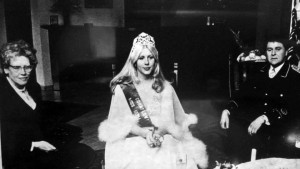 If Jane could design a float for the Parade the theme would be God Bless our heritage and our HOMELAND the U.S.A. It would have the Neuschwanstein Castle and the Statue of Liberty on the same float, representing Germany and New York. 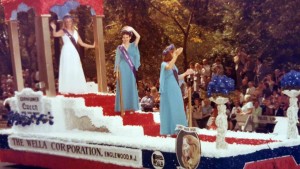 Jane’s advice for future courts is to tell them that “It was an honor to represent my heritage and travel and meet so many wonderful and exciting people.” 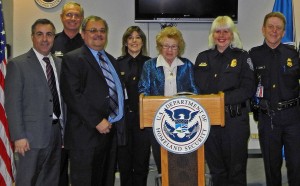