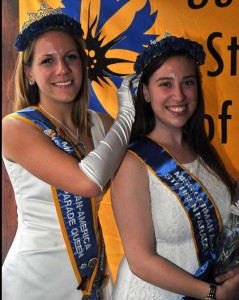 Samantha Hart, the current Miss German-America and Queen of the 2015 Steuben Parade, has a background that connects Germany, America and Austria. Her maternal grandmother was born in Germany, near Munich, where her great-aunts still live. (See photo of Samantha with her Mother and Oma in Austria) However, Samantha’s grandmother gave up her German citizenship to marry an Austrian. Samantha’s father met Samantha’s mother, who was born in Austria, while she worked at the Austrian Embassy in Portugal. He was a United States Marine working at the American Embassy. Although her father was the American of the pair, it was actually her mother who always wanted to live in New York City. She persuaded him to move with her to the city where the couple worked for the United Nations, got married and started a family. The family later moved to Connecticut where Samantha now lives.

Samantha is proud of her German, American and Austrian roots. Like many German-Americans, her family celebrates an Austrian/German Christmas on 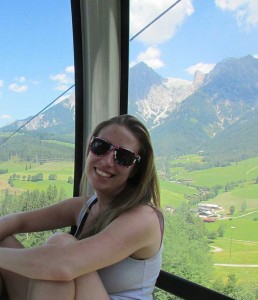 December 24th and an American Christmas on December 25th. On New Year’s Eve, they partake in traditions such as a fish dinner and Bleigiessen (pouring melted lead into water and getting a fortune from the shape it forms). They cook German meals, her favorites of which are Rouladen and Jaegerschnitzel. Samantha even worked at Heidelberg Restaurant, a German restaurant in Connecticut, as a teenager. Her favorite German band is Tiefenrausch, while her favorite American band is Maroon 5. She enjoys reading fiction books -Cornelia Funke in German and John Grisham in English. As she shared at the crowning ceremony in May, the German-American she admires most is John Peter Zenger, a printer and journalist in New York City during the early 1700’s, who became a hero for freedom of the press. 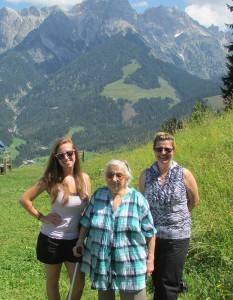 Samantha and her brother, have spoken German their entire lives speaking German with their mother and English with their father. She also attended the German School of Connecticut, where she is currently a substitute teacher, and minored in German at Fairfield University. At Fairfield University, she was also very active in German Club and was vice president of the school’s chapter of Alpha Mu Gamma, the national foreign language honor society. Her family visits family near Munich, Germany and Vienna, Austria every few years and Samantha hopes to continue this tradition. She enjoys traveling and studied abroad for a semester in Australia (yes, Australia, not Austria) to have a completely new experience. She hopes to go back to both Salzburg and Italy and to visit Switzerland.

The current queen has attended the Steuben Parade since she was a child. She rode on the German School of Connecticut float 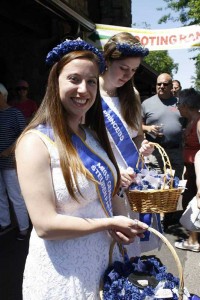 while she was a student there and attended the Central Park Oktoberfest when she was 16. She was surprised and excited the first time she unexpectedly saw someone she knew in the crowd watching the parade and was excited to learn about Miss German-America’s court from her college German Professor. What she first viewed as a challenge, she now sees as an opportunity to spread German culture. Because there are not many German-American clubs and organizations in Connecticut, Samantha was surprised by the amount of groups in New York and New Jersey. In fact, her favorite experience so far has been dancing with the Original Enzian Schuhplattlers at their Bavarian Heritage Festival in June, partly because it was a new and exciting experience to be involved in a club’s activities. She looks forward to meeting people at the events and expanding the relationship with German communities in the United States. Samantha hopes to use social media to share her experience 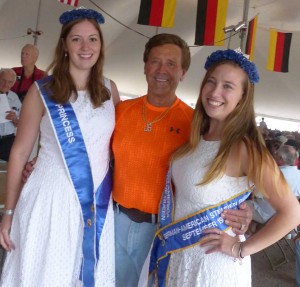