Augtoberfest, With the Brooklyn Cyclones!

Augtoberfest, With the Brooklyn Cyclones! 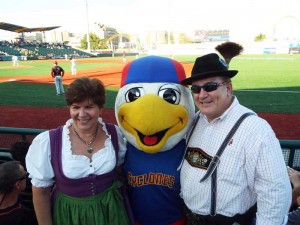 On Saturday, August 1st, members and supporters of the Steuben Parade Committee attended Augtoberfest with the Brooklyn Cyclones. The event billed as a German Night at MCU Stadium turned out to be as fun filled as expected! Former Parade Junior Princess, Catherine Rabus, sang the German national anthem while the Polka Brothers Band played its brand of fun Polka music before the game!  Those who bought the special Steuben Parade package were able to attend the BBQ in the ballpark‘s picnic area followed by a full professional baseball game featuring the hometown NY Mets minor league team – the Brooklyn Cyclones.  A fireworks show served as the perfect close for the night! 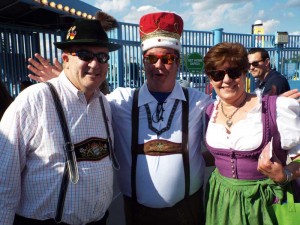 Nestled between the legendary Cyclone roller coaster and the former Parachute ride in Coney Island, MCU Stadium proved to be a very picturesque baseball park and a fun place to celebrate a German night!  Traditional German music was piped constantly during the game, while photos of cities in Germany, Oktoberfest in Munich and others were projected on the giant screen. 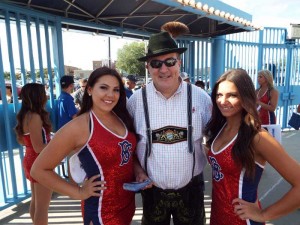