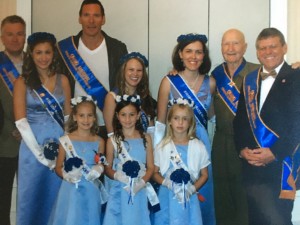 The German/Austrian-American culture has always been special for Kathryn Pando, a Princess in the 2008 Miss German-America Court. She learned about the Steuben Parade through her classmate, now Vice Chairlady, Nicole Radske-Miskiewicz, when they were members of the German Club at St. Francis Prep in Queens. Kathryn, now a lawyer, still enjoys participating in the Parade and going to annual cultural events, such as the Jaegerball at Gottscheer Hall in Ridgewood, Queens.

Read about Kathryn’s reflections on being a Court Member, her advice for future candidates, and what her ideal float would look like! 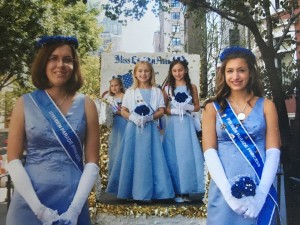 How did being a Court Member affect you in your present life?
To quote a former classmate, “immigrants everywhere become de-facto ambassadors of their heritage.”  As the 2008, Princess of the German-American Parade, I became an ambassador of my German/Austrian-American heritage, and am proud to have shared that title with many other Queens and Princesses in the 60+ year history of the parade.  The role gave me an interesting platform to promote my heritage, and be actively involved in my cultural community.

What was your favorite part of the Steuben Parade as Court Member?
My favorite experience was the parade weekend, including attending the gala, an early mass in German at St. Patrick’s Cathedral, and then riding on a float down fifth avenue. Prior to the parade, another favorite experience, included participating in the closing bell ceremony of the NYSE in September 2008.  When we rang the bell it closed on a positive note (500 points up on the trading day).  Just days later the famous stock market crash of 2008 occurred; It was fortuitous timing that we were able to participate in the ceremony just days before such an unprecedented financial event.  I remember receiving a beautiful coin engraved with the date to signify my participation in the ceremony.  This is usually an event reserved for famous individuals or CEOs, and I got to participate too through my involvement in the parade.

What is some advice or words of encouragement to the future courts?
Stay involved post-parade by attending the parade events or getting involved in the parade planning efforts. 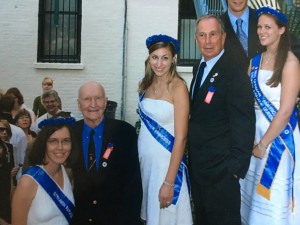 Have you stayed involved with the Parade Committee? If so, in what way?
Yes, I enjoy attending the annual Parade and the Oktoberfest in the park following the parade.  Just last year, I attended the black tie gala at for the first time, which helps raise funds for the parade.  I had a great time meeting former members of the court and trying to keep up a conversation in German with visitors from overseas.

Over the years, I have also participated in the annual Happy Hour fundraiser at BierHaus where former Queens and Princesses serve beer and raise money for the Parade.  The event was started by the late Lenny Coyne, after I suggested to him that we should have former court members get together for an annual reunion.  This past year, was our first year without Lenny physically there but he was there in spirit in his infamous Lederhosen.