The 60th Annual German-American Steuben Parade Committee of NY is proud to announce the selection of the new Miss German-America & Her Court for this anniversary year 2017!

Caitlyn Walsh, a Law Student attending her first year of law school at NY Law, and a resident of Riverhead, NY is the new Miss German-America 2017!  Miss Walsh is a recent graduate of Fordham University, with a BA in Philosophy.  She is conversant in the German language.  She will hold a highly honored position in this year’s Parade, as she presides over the German-American Steuben Parade’s “Queen’s Float” on Fifth Avenue come September 16th, along with her Court, which includes returning princess Michaela Stuart of Greeley, PA.  Miss Stuart is a college student at Susquehana University, majoring in Public Relations with a minor in Health Studies.  Both are perfect representatives of the rich German-American heritage and culture of the New York area. 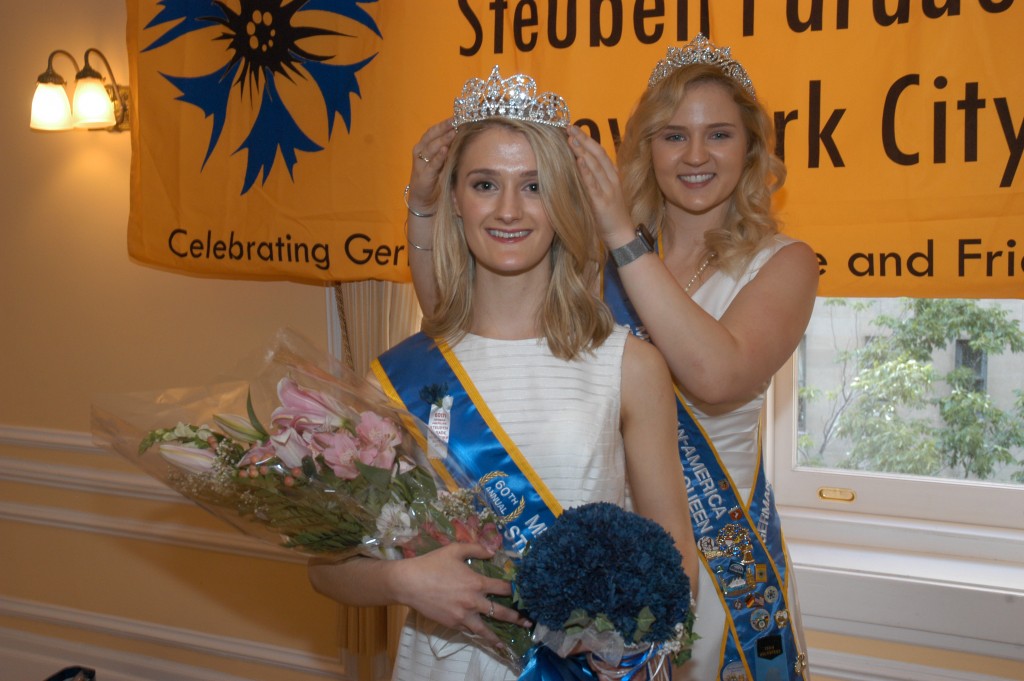 Liederkranz of NY City, located in the heart of German-town (Yorkville) in Manhattan’s Upper East Side.  A packed house witnessed a pageant that included two finalists who ran for the title.  The winner will receive a $5,000 scholarship at the end of her term, while the princess will receive a $2,500 scholarship.  Each contestant was interviewed by a panel of 6 judges.  After the judges cast the initial vote, each contestant was then introduced to the audience, who also had an opportunity to cast a vote for the Queen!

Over 100 guests were in attendance, including the Steuben Parade’s General Chairman – Robert Radske.  Also present was the President of the German-American Committee of Greater NY – Michael Rabus.  The ceremonies were presided over by the Miss German-America Committee Chairwoman Connie Rom, and Parade Vice Chairwoman Nicole Radske-Miskiewicz. 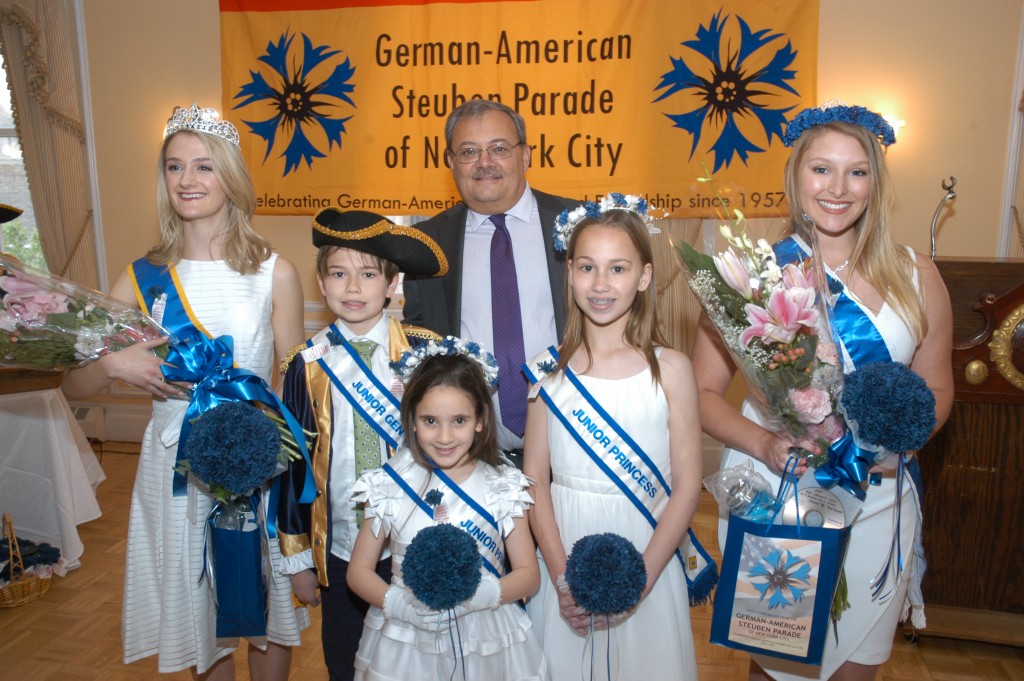