Reminiscing About Karnival in Koeln

Reminiscing About Karnival in Koeln 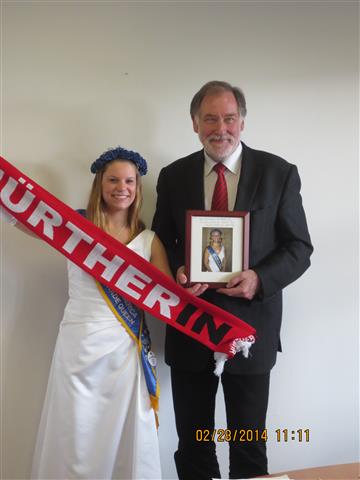 I am so thankful to have been given the opportunity to travel to Köln for Karneval in March 2013. The trip was truly a once in a lifetime experience. I was fortunate to travel with my mother with accommodations in a little town on the outskirts of Köln, called Hürth, provided by Frau Hinz. This very welcoming woman has many connections to the German-American Steuben Parade in New York, including the Kölsche Funken group. Frau Hinz has hosted over thirty past Queens of the Steuben Parade and looks forward to it every year. Frau Hinz and her family were very hospitable and introduced me to many dignitaries around the city. On my first day in Koeln, I met the Bürgermeister of Hürth, Walter Boecker, and had a nice conversation with him about my experience as Miss German-America. That same evening, I received an invitation to a Sitzung in Köln hosted by the Rote Funken. We were invited by Peter Klober and were able to enjoy the Rote Funken Tanzgruppen, comedians and a ventriloquist act. Everyone was dressed up in many different costumes, from gamblers to 70’s costumes to chimney sweeps. It was a fantastic night to experience! 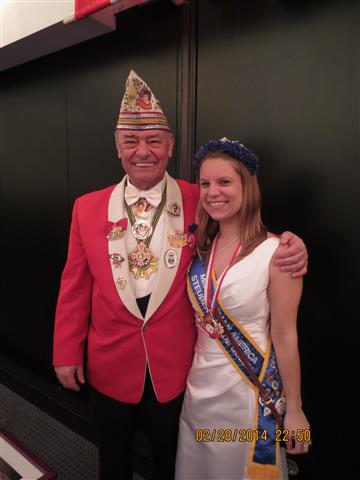 The rest of the weekend, I traveled between the small towns around Hürth and went to four parades leading up to Rosenmontag. There were so many original and creative costumes, which in my opinion, was the most interesting part of the parade. Many boxes of chocolates, candies and flowers were tossed into the crowd. Families and friends of all ages come out for the parade each year; it’s a nice community event.

The final day was the biggest of all – Rosenmontag. We woke up early to go to Köln and attend a reception in the Rathaus where I was greeted by the Oberbürgermeister, Jürgen Roters. I then met the Blau Gelb Funken and led the band in playing some songs. I was also invited to sit in their Tribune to watch the Parade. Thousands of people came out for this big day. People of all ages lined the streets dressed up in different costumes. The floats were unbelievable with so many different and creative themes. We got to see all the different Funken groups throughout the parade, which lasted for five whole hours! It was a sight to see and an experience I will never forget.

I am so fortunate to have been able to experience Karneval in Germany and I am so thankful to all the people who made it possible. I want to thank the Steuben Parade Committee for the opportunity I’ve had as Miss German-America and arranging the trip to Germany. I would also like to thank all of the people I met in Germany who were so welcoming and hospitable, especially Frau Hinz. It was a trip I will never forget and carry the wonderful memories with me for the rest of my life. I am so proud to represent my German heritage and to be able to have had this opportunity. 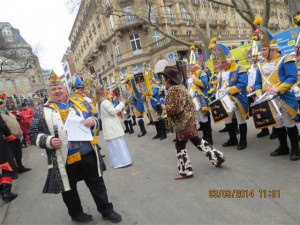 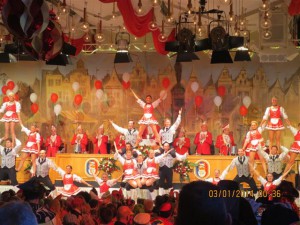