The German-American Steuben Parade is proud to introduce the Grand Marshals for the 58th annual Parade, taking place Saturday, September 19, 2015. 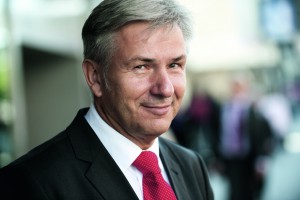 Klaus Wowereit is a German politician, member of the SPD (Social Democratic Party), and was the Governing Mayor of Berlin for 13 years from October 2001 to December 2014. He served as President of the Bundesrat (the fourth highest office in Germany) in 2001/02 and member of the Berlin House of Representatives. 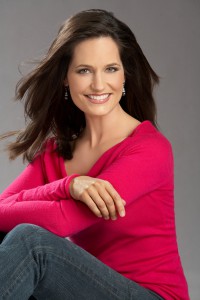 Contessa Brewer is a nationally recognized Emmy award-winning television news anchor and the host of MSNBC’s primetime series “Caught on Camera.” Brewer was born in Parsonsfield, Maine, and graduated magna cum laude from Syracuse University’s Newhouse School of Public Communications with a B.S. in Broadcast Journalism in 1996, as well as a Certificate of Contemporary Europe following her political studies in Strasbourg, France. Brewer joined MSNBC in September 2003, after working for WTMJ-TV in Milwaukee, Wisconsin as a weekend anchor and general assignment reporter. For the last two years, she was co-anchor of “TODAY In NY” weekend edition for NBC’s flagship station WNBC. She has also worked for KMIR-TV in Palm Springs, California from 1997 to 1999, and KRNV-TV in Reno, Nevada. She and her husband reside in NYC, and have twin toddler sons, and a “dog”ter: a Dachshund named Olive. 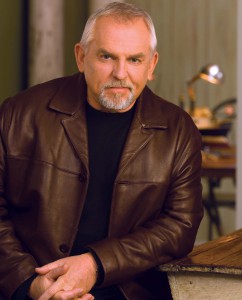 John Ratzenberger is a multi-Emmy nominated actor and accomplished screenwriter, director, producer and author who may be best known for playing mail carrier Cliff Clavin on the long-running NBC sitcom “Cheers.” Prior to creating his character on Cheers, John lived overseas for 10 years and worked as a carpenter, archery instructor and deck hand on a fishing boat. He produced and starred in the Travel Channel series “Made in America” which highlighted U.S. made goods and workers. He is passionate about how important it is for this country to recognize the need for, and provide the training to produce, skilled laborers.

With “Made in America,” John established a television precedent and led the way for a new series of Dirty Jobs, Deadliest Catch and Ice Road Truckers to celebrate the work ethic that built America. He co-authored A Common Man’s Salute to an Uncommon Country published by Time Warner.

Along with work in feature films, from major studio blockbusters like Superman and Star Wars: Episode V – The Empire Strikes Back to independent films like the recent drama The Woodcarver, animation has been a natural home to his versatile vocal talents. Ratzenberger is the only actor to participate in every Pixar film, voicing the iconic characters of Mack the Truck and Hamm the Piggy Bank. Due to John’s volume of film work, he is listed as the 6th most successful actor of all time in terms of box office receipts.

Ratzenberger is currently in pre-production on a new Television Series with the purpose of awakening Americans to the shortage of skilled workers that threatens our country as a whole.  It will be a show about everything highlighting America, its products, workers and citizens. Born in Bridgeport, Connecticut, he attended St. Ann’s School in Bridgeport and Sacred Heart University in Fairfield, Connecticut. In 1971, he moved to London and while working as a carpenter began his career in the performing arts. John is also the developer and founder of ECOPACK, a biodegradable shipping material that replaces Styrofoam and is now used world wide.