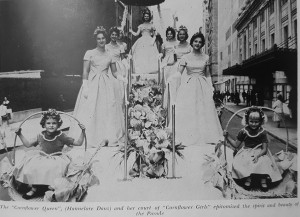 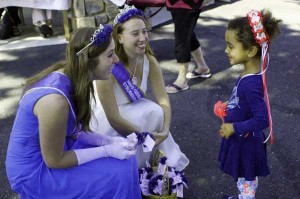 The role and responsibilities of the position has changed over the years. One responsibility that has not changed is that the young ladies of the court attend weekend events in the Tri-State area from June through October. At these events, they represent the Parade and invite the guests to attend not only the Parade in September but also the Friendship Month events hosted by the Parade Committee. The Court members assist with our fundraising efforts by asking for donations in return for the Parade’s signature cornflower. 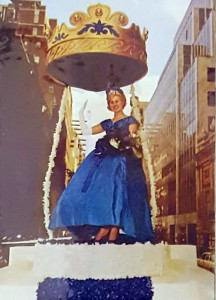 On Parade Day, the Queen and her court attend mass at St. Patrick’s Cathedral followed by a ride up Fifth Avenue on a float with Miss German-America dressed in a white gown, also called the Steuben Parade Queen, and blue gowns for the Princesses. Accompanying them are Junior Princesses and in recent years a Junior General. After they arrive at the end of the Parade, the Court assembles on the 87th Street Grandstand waving and thanking all the other marchers as they finish walking or riding in the Parade. 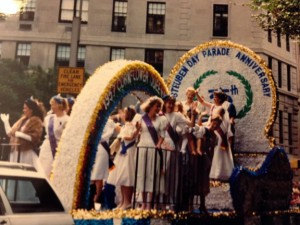 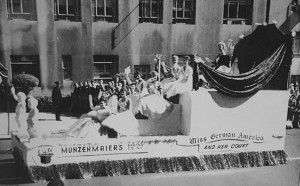 Over the next few weeks we will bring you 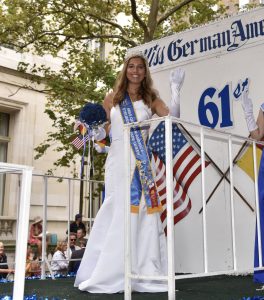 updates on several ladies who are celebrating milestone anniversaries of their reign as Miss German-America or Princess. If you are a former court member, or are in touch with any, please have them contact us by e-mailing Chairman@GermanParadeNYC.org. We would like to update our records as well as include these ladies in our events and Parade. 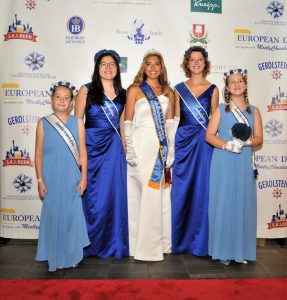