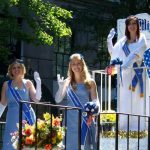 Christina Ostner is celebrating 10 years since she was Princess, and though now in Florida, she still keeps in touch with people she met through the Parade. She loved meeting the different groups from Germany during the Parade events! A close second would be the weekly potato pancakes at the events she attended all summer.  […] 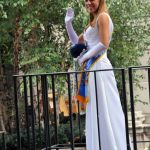 Stefani Kraker is celebrating her 5-year anniversary as Miss German-America! Currently a Speech-Language Pathologist in the New York area (with two published research papers) as well as an active dancer in S.V.V. Original Enzian of Franklin Square, NY, Stefani continues to support the Steuben Parade. She became interested in applying for the Steuben Parade court […] 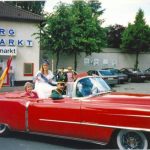 Elke Marks (Miss German-America 1994) is celebrating her 25th anniversary as Queen of the German-American Steuben Parade this year! Klaus Wedemeier (Lord Mayor of Bremen, President of Bundesrat) and Ute Lally, (NY Supreme Court Justice) were the Grand Marshalls of the 1994 parade season. She originally applied for a court position because of her father’s […] 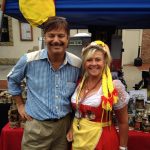 Forty years ago at the Liederkranz Linda Schlittenhardt Gramer was crowned Queen Kornblumenkonigen und Miss Deutsch Amerika 1979. Lothar Spaethe the Ministerpraesident von Baden Wurttemberg was Grand Marshal that year. Being Queen was a huge thrill to Linda. She loved riding on the float up 5th Avenue. That year the Queen’s Float was sponsored by […] 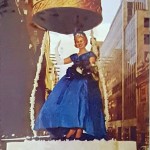 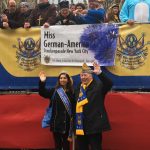 Written by: Pavlina Schriel, Miss German-America 2019 This past March I had the life changing opportunity to travel to Köln for Karneval. Although my time in Germany was short, it was full of activity. On my first full day, I was invited to join the Mayor’s float in a parade in Hürth. It was with […] 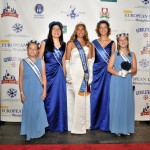 We are pleased to announce the third year of the German-American Committee of Greater New York Scholarships which will be awarded in June of 2019. Below is an application for both the high school and college scholarships. The eligibility for applicants will be based on students in 8th grade or attending high school for the […]

Written By: Nicole Radske Miskiewicz Photo Credit: Bob Radske and Russell Miskiewicz Over the past 10 years Krampus has been making a large comeback in Germany and Austria, as well as with German-Americans here in the USA. Krampus is a horned, anthropomorphic figure described as “half-goat, half-demon”. He accompanies St. Nikolaus around St. Nikolaus Tag, […]